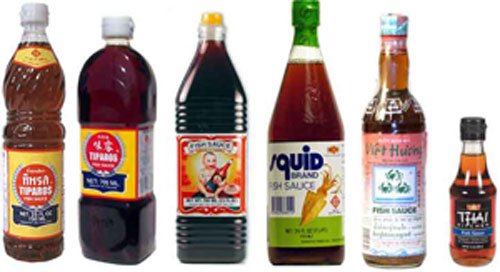 Fish sauce (nam paa) is a clear, brown liquid which looks rather like malt vinegar but don’t mistake the two (you won’t enjoy your Thai food half as much if you do)

It is derived from brewing fish or shrimp mixed with salt. It is generally sold worldwide in bottles but in Thailand it can be purchased in plastic jugs as well as in earthenware jars.

High quality fish sauce has a rich aroma and taste which surprisingly doesn’t taste of fish. In fact it has a mildly salty taste, although if you give it a good sniff, (do not snort it up yet beak unless you’re partial to pain and your eyes will water) you will notice a faint fish meal aroma, which leaves a faint yeasty after taste.

It’s actually quite a delicate balance of flavours which are enriched by cooking. 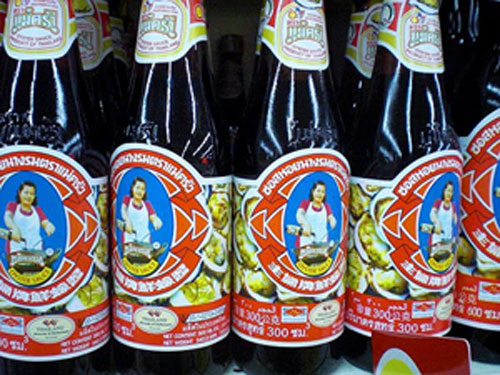 A “true” oyster sauce of good quality should be made by condensing oyster extracts, which is made by cooking oysters in water until a white broth is produced.

The opaque broth is then cooked until a desired viscosity has been reached and the liquid has caramelized to a brown colour.

No other additives, not even salt, should be added to the sauce, since the oysters should provide all the savoury flavour.

Most oyster sauces are actually diluted solutions thickened with starch, preservatives and caramel, with oyster extracts.

In some countries, including the UK, the oyster content in some sauces is lower than its Asian counterparts of the same brand due to laws regulating the import of seafood.